*This post may contain affiliate links that help keep the lights on, find more info in our full disclaimer.

Get 10% off trading fees with our BitMEX referral code and save on every trade you make for the next six months.

Then, after you set up your account, you can join the BitMEX Affiliate program to get up to 20% commission for life when you share your own BitMEX referral link. Below we’ll tell you everything you need to know to save and earn on BitMEX. But first, use the code below to lock in your savings.

Register on BitMEX with referral code 7rnV63 and get a 10% trading fee discount for the next 6 months. That means you can save 10% off the already low 0.0750% taker fees. Not only that, you’ll actually get a rebate on maker fees too (keep reading to learn more).

How To Sign Up & Obtain Your BitMEX Referral Code

The following section will walk you through signing up for BitMEX to get your own referral code and save on fees.

Use our link to sign up for BitMEX and lock in those savings before you worry about your own referral code.

While we could explain exactly where the Affiliate section is located, we felt it easier for you to just use this link which will forward you right to it, BitMEX Affiliate Dashboard.

From that dashboard it is relatively simple to find your shareable link, it is contained within a box labelled ‘Your shareable affiliate link:’, once that is within your grasp all that is needed is to share it around the space to provide your own referral code discount.

Share your BitMEX referral code, and whenever anyone signs up with your link, they get a trading fee discount of 10% for their first six months of trading, and you get commission for life on every trade they make.

For the Invitee: Getting the discount is easy. Sign up using the referral link above to save 10% on BitMEX fees for your first six months of trading.

For the referrer: Getting the full commission on trading fees is a little more complicated. Not only will you need to create a referral link, but you’ll also need to share it with traders who you think will trade volume. You’ll always get at least 10% commission paid in Bitcoin to your BitMEX wallet when someone signs up with your link and trades. However, to increase your commission, each trader will need to meet certain volume-based thresholds (the more they trade, the more you earn).

We’ll offer more details on all of these aspects below.

The BitMEX Commission Structure table below shows the amounts that need to be traded. Keep in mind this structure applies to each person you refer. It is not an aggregate of all contracts traded by everyone you share your link with. You can find the official BitMEX affiliate program details, if you need better clarity.

While there are quite a few rules contained within the fine print of their legal documents, we have summarized the main rules of the BitMEX Affiliate program for your convenience.
These core takeaways are as follows:

For a full set of rules, see these BitMEX affiliate rules.

Where can I use my BitMEX Code?
Make sure you only share and use codes if you live in a country that BitMEX supports. You can lose all your commissions if you don’t live in a supported country (see the section on supported countries below).

BitMEX’s referral program is generous, and the exchange is one of the most popular out there. While the fee discount has the drawback of being time-based, it still beats signing up without a discount. Meanwhile, the commission structure is very generous given the vast sums spent on BitMEX every day. Saving money on a product you use anyway is never bad, and making money by offering other people value is always good, so BitMEX’s referral program gets high marks from us despite the time-based drawback.

BitMEX was founded by Arthur Hayes Ben Delo, and Samuel Reed in 2014. In 2016 they introduced perpetual futures and began to rise in popularity.

From 2016 to 2018, BitMEX became one of the most popular cryptocurrency exchanges due to its high liquidity and ability to long and short with high leverage. While today, many exchanges offer the ability to use leverage, BitMEX used to be one of the only options for this and became the go-to. While it isn’t as dominant as it once was due to competitors like FTX and Binance Futures ramping up competition starting in 2018-2019, BitMEX still retains a solid market share and is still one of the market’s favourite places to long and short Bitcoin, with its XBT perpetual contract specifically being a highly liquid industry favourite.

What BitMEX lacks in selection it makes up for in liquidity. BitMEX’s XBT perpetual futures contract is one of the most liquid around. If you want to trade Bitcoin on leverage, you can’t go wrong with BitMEX. With that noted, their other contracts tend to be liquid as well. Again, the benefit of their lack of selection is that the capital that does trade on BitMEX is focused on only a selection of contracts.

BitMEX offers an astounding number of order types providing more control than most exchanges out there, below we cover what they offer.

BitMEX fees are highly competitive, especially with the discount applied. Especially notable is that they don’t require you to hold a token or give a discount for volume, which makes them particularly attractive for smaller players compared to the competition.

The general fee structure is -0.0250% maker and 0.0750% taker. That means you actually get paid to place limit orders on BitMEX. With that said, long and short funding rates need to be considered when trading perpetual contracts. You will either owe money or get paid based on the current funding rate every 8 hours.

See the BitMEX Coin and Product Selection table in the next section for BitMEX’s fee structure.

BitMEX may offer a limited amount of trading pairs but a respectable amount of contracts. With BitMEX it isn’t about how many pairs you can trade, it is about your options for trading popular liquid pairs.

BitMEX pairs can be seen below in our trading pair and fee structure tables.

A negative fee means that the traders will receive a rebate. Funding rates change based on market lending rates. See below for details.

At the time of settlement any open position in contracts will attract the settlement fee.

At the time of settlement any open position in contracts will attract the settlement fee.

Keep in mind, you will ONLY receive the Maker Fee rebate when using limit orders. Here is more detailed information on the BitMEX fee structure if you are looking for the fine print.

Unlike most exchanges, BitMEX has never had a notable hack or security issue. With that said, their history isn’t spotless.

The most noteworthy event in BitMEX’s long history was that in 2021 BitMEX’s founders and owners were accused of not following Anti-Money Laundering and Know Your Customer rules and was charged with violation of the Bank Secrecy Act. Not only were they charged, but they also had to surrender themselves to the U.S. authorities and are currently, as of the time of writing this article, awaiting an outcome.

While this issue is worth mentioning, it is essential to realize that it did not result in any customer funds being in jeopardy. It is also important to note that BitMEX is under new management, and there have been no issues with customer accounts or trading since the indecent.

BitMEX is somewhat unique in respect to other exchanges in that it only has one deposit method, Bitcoin (which uses the ticker XBT). Unlike other exchanges that offer wire transfers, bank deposits, credit/debit cards, and a range of crypto types, BitMEX has always and still to this day uses Bitcoin only. This is true even though BitMEX has contracts for trading the price of other assets, even other assets like ETH are settled in Bitcoin.

How to Sell Bitcoin on BitMEX

There is no way to sell your Bitcoin on BitMEX. However, you can do a 1x short position to mostly mimic selling (although you will still pay fees and funding). This method of creating a creating a synthetic dollar can be helpful if you don’t want to move your funds off the exchange but do want to limit your exposure to cryptos volatility.

BitMEX supports many countries, however there are a number of geographic restrictions to consider. For example, you cannot use BitMEX if you are located, incorporated or otherwise established in, or a citizen or resident of:

Luckily, if you try to access BitMEX from an IP address of a restricted country, it’ll generally warn you that you cannot use BitMEX. So if you are in doubt, you can always try going to the website.

BitMEX offers excellent terms to both the referrer and the invitee. Many people will want to use BitMEX anyway, so it only makes sense to sign up with a 10% code and keep one on hand to share with others yourself. While BitMEX’s history isn’t spotless, and the Bitcoin-only deposit mechanism can be a little tricky to deal with, overall, we find BitMEX easy to recommend.

Should I use BitMEX? Is BitMEX safe?

BitMEX had some issues with the US Department of Justice in 2021, but the exchange is safe and running. They have never had public issues with hacks or customer funds and are one of the more trusted exchanges (as evidenced in part by their reputation, liquidity, and longevity).

Do I save money on funding via the referral discount?

You don’t save money on funding with the referral discount, nor do you increase what you get paid for limited orders. You only save on what you spend on trading fees. Likewise, a referer only earns a commission on what is spent on trading fees specifically.

Do I get commission on all contracts?

Do I need to hit a threshold before the commission changes?

Yes, you’ll get the lower amount of commissions until each threshold is hit.

How often do I get paid?

Referrals are calculated in real-time and paid every hour.

What do I get paid in?

Commissions are paid in Bitcoin directly to your on-platform BTC wallet.

When do I get paid out?

Payments are made daily at 12:01 UTC directly into your account.

How do I apply the discount?

Use a BitMEX referral link or code to apply the trading fee discount.

How much discount do I get?

All traders get the full 10% discount if they use a referral code or link.

How do I confirm what percentage discount a code offers?

When you click the referral link or input the code, you’ll see the discount displayed on the signup page.

Is there a limit to how many people can use the code?

There is no limit to how many people a single account can sign up using their BitMEX referral link. However, there are rules for who can sign up. For example, only natural persons and people from approved countries can sign up.

How Is the payout calculated?

Payout is based on the total XBT worth of contracts traded. 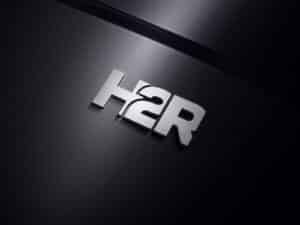 How To Referral (H2R)

We are a web publishing company with authors that have over a decade of experience building websites related to cryptocurrency, investing, healthcare, and more.

Our goal is to provide the best referral codes, coupons, and discounts while offering detailed reviews of the related platforms.

Got my discount, thanks! Glad to see someone taking the time to actually explain how the referral program works.

Author
H2R
Reply to  David U

Hey David, thank you for the kind words.
We are glad to provide the information users are looking for. 🙂

How To Get The BEST Binance Referral Code ID Bonus (2021)